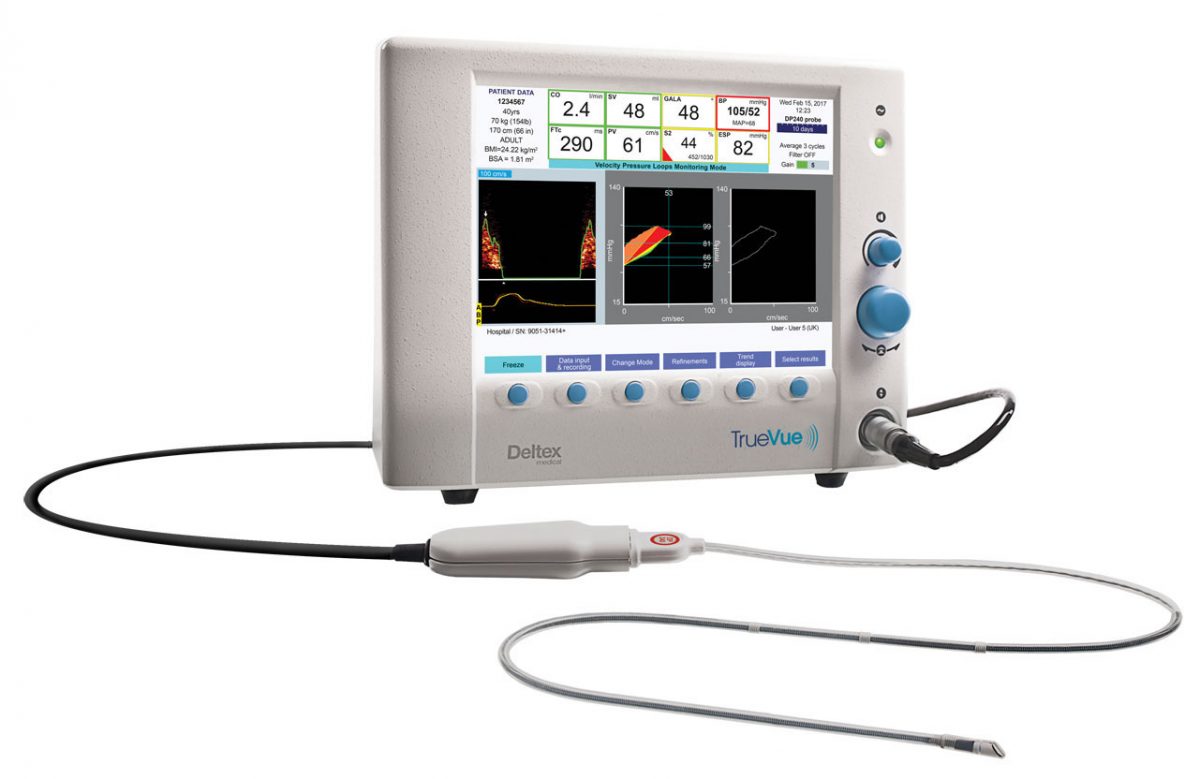 Deltex Medical’s oesophageal Doppler monitoring (ODM+) system derives cardiac output data directly from the descending aorta. The power of such accurate, real-time monitoring is well documented and has seen the technology gain UK NICE approval and recognition as one of six so-called “High Impact Innovations” in an NHS report. But the need to insert an in-dwelling a probe into the oesophagus has hitherto limited ODM’s use to anaesthetised or critically ill patients. Deltex needed to broaden its applicability, recognising that hospitals would benefit from a single platform across all their monitoring needs. In its quest for global leadership in haemodynamic monitoring technology, the company recognised the need to add new modalities to its system:

Deltex believes the combination could be the ultimate diagnostic tool to visually guide haemodynamic management in anaesthetic care, hence its gentle pun, “come and see what we see.”

It looks like the company has decided that sequential additions to its product’s capabilities have reached a point where it needs a new name, so continuing the theme, it’s called TrueVue™.

The product saw its first outing at the recent American Society of Anaesthetists annual congress in Boston.

On the VP Loops capability, Dr. Fabrice Vallée of Hôpital Lariboisière, Paris stated, “I’ve never before been able to view my patient’s haemodynamic status as well as this. It’s an eye-opening experience to have such beat by beat visibility of monitoring and the ability to see and track my interventions so accurately. I have no doubt that adoption of this technology will lead to improved outcomes and fewer post-operative complications as we can now optimise haemodynamics in real time.”

Deltex’s Managing Director Andy Mears stated; “Clinical outcome papers support oesophageal Doppler with a wealth of evidence. Its use can significantly reduce complications such as acute kidney injury. However, despite our confidence in the technology’s power, it’s not, until now, been a universal system, simply because an in-dwelling oesophageal probe is not tolerated in the awake patient. So we’ve been integrating other best-in-class monitoring modes, which means we can now claim to have a system that works across all hospital monitoring needs. And now, by adding the VP Loops capability the system offers clinicians the clearest view of patients’ fluid status they’ve ever had.”

Andy concluded; “the system is so significantly enhanced compared with even a year ago, that we want to shout about it from the rooftops. This has started with a new name that speaks of the eye-opening ability to actually see what’s going on with the patient’s fluid levels. TrueVue does that.”