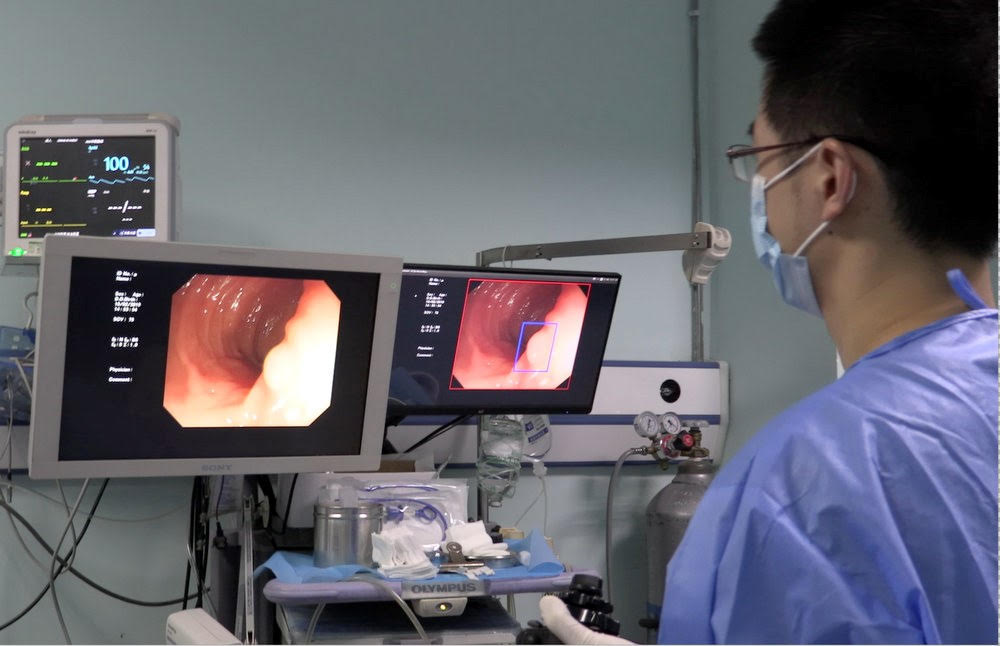 Chinese Artificial Intelligence(AI) Medtech company Wision AI has announced publication of data from the first ever prospective, randomized controlled trial evaluating the use of AI in advanced diagnostics.

Shanghai Wision AI Co., Ltd, a leader in developing computer-aided diagnostic algorithms and systems to improve the accuracy and effectiveness of diagnostic imaging, has announced results of the first-ever prospective, randomized controlled clinical trial of an artificial intelligence (AI)-based system for disease diagnosis. The study, which was conducted in 1,058 patients undergoing colonoscopy, found that the Wision AI system significantly increased adenoma and polyp detection rates and the mean number of adenomas and polyps detected per patient.

A total of 1,130 patients met the eligibility criteria for the study and were randomized to undergo routine colonoscopy (n=567) or computer-assisted diagnosis (CAD) colonoscopy (n=563). Subsequent to randomization, 72 patients met exclusion criteria, resulting in 536 patients undergoing routine colonoscopy and 522 undergoing CAD colonoscopy. In the CAD group, the real-time automatic polyp detection system was used to assist the endoscopist. The endoscopist focused mainly on the original monitor during the procedure and was prompted to look at the system monitor by a sound alarm. The endoscopist was required to check every polyp that the system detected.

“The miss rate for colon polyps can be up to 27 percent. This limits the efficacy of screening colonoscopy, which is a critical tool for reducing the incidence and mortality of colorectal cancer by detecting and removing adenomatous polyps,” said Tyler Berzin, MD, Co-Director, GI Endoscopy, and Director, Advanced Endoscopy Fellowship at BIDMC and Assistant Professor of Medicine at Harvard Medical School. “The results of this study clearly demonstrate that a high-performance, real-time automatic polyp detection system based on a deep learning algorithm can significantly increase polyp and adenoma detection, especially those that are 5 mm or less. Given its high accuracy, fidelity and stability, the Wision AI system could enable improved detection of colon polyps and adenomas in clinical practice.”

“The aim of a CAD system is not to show how smart the AI is, but to be useful in clinical settings, and this reflects our commitment to innovating AI-based diagnostics with proven clinical benefits,” said JingJia Liu, Chief Executive Officer at Wision AI. “The study shows that use of our system did not increase procedure time, which is mainly because of the low false alarm rate. This demonstrates that the system can improve polyp and adenoma detection without negatively impacting physician and facility efficiency. The observation that our system provided an even superior detection in patients with normal bowel prep is also important given that fully complying with bowel prep procedures may be a challenge for some patients, and not all patients achieve excellent prep. We believe the results of this study are highly compelling and warrant further evaluation of our technology in screening colonoscopy or other diagnostic indications.”