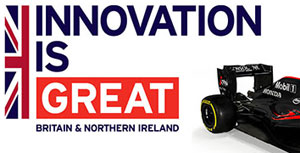 52 years after the formation of McLaren, the company is now about so much more than motorsport, which is why you’re reading about a racing car and supercar manufacturer on a medical device site. McLaren Applied Technologies’ developing role in healthcare provision has seen it involved in a conference convened by the UK Government under the “Innovation is GREAT” banner alongside this year’s recent U.S. Grand Prix. The aim is to explore “How Innovation in Formula One™ is Transforming Health.” Our interest piqued, we wanted to find out more.

1954 saw 17 year old Bruce McLaren come to the UK from New Zealand on a visa, his sole focus being to carve out a career in motorsport, his passion. Fifteen years later he was killed participating in the sport he loved, destined not to witness the first McLaren world championship(1974), let alone the achievements that saw the team bearing his name becoming synonymous with Formula One.

We hear so much about the technology that features in Formula One racing cars finding its way into contemporary mass market offerings. Whether it’s aerodynamics, power trains, weight-saving or safety, what we drive is often invisibly influenced by the quest for marginal gains that separate the best from the rest on circuit. These days it’s all about electronics, electric motors and batteries, and McLaren is at the heart of developments in all these areas. The company supplies electronic control units (ECU-the car’s brain) to the F1 grid and McLaren Applied Technologies has recently won the contract to supply all the electric power units for the rapidly evolving Formula E series from 2018 onwards.

Taking F1 Technology to Healthcare: The story so far

We all know at least something of the automotive story of McLaren, but where does healthcare appear in the company’s existence? The answer lies a surprisingly distant 11 years ago, when McLaren first dipped its corporate toe into the business of applying what it has learnt from racing cars to human beings. The notion was, and remains, that core principles of continuous improvement, coupled with already highly advanced technologies, could benefit humankind too. After all, telemetry is used to monitor so many elements of a car’s performance, why couldn’t the same be applied to the body?

Early examples included wireless blood pressure monitoring of women in the third trimester of pregnancy which, as it turned out, provided proof of concept that the technology worked. What this has evolved into is a sophisticated approach to clinical trials, over 20 of which have now included McLaren-supplied telemetric systems. The concept is that data drives decisions: Capture it, analyse it, apply clinical insight to the results and then use the conclusions to drive decisions. This cycle of activity and information-based decision making ought to deliver improved outcomes to the benefit of patient and healthcare provider alike.

Just how powerful this approach can be in a healthcare setting is demonstrated by what happened at Birmingham Children’s Hospital. Here a total of 650 children undergoing hospital treatment for serious conditions, had an array of vital signs monitored using McLaren’s telemetric systems. Remember, just like in F1, these kids were monitored with no connecting wires, so could move around, play and do what kids do. The idea was to look for what were termed “episodes of surprise”, namely changes that may require urgent intervention. During the study, 9 such episodes were alerted, 7 of which turned out to be critical clinical events with potentially serious consequences had they not been picked up.

Another example is the now complete obesity study undertaken by GPs at the Stowhealth practice, coincidentally rather close to Silverstone. Here the idea is that McLaren Applied Technologies’ systems could be used to prevent the onset of Type II diabetes in study participants by providing them with information that could drive behavioural change in a tailored way that would be difficult to achieve in a routine healthcare setting. The same principle is being used to monitor clinical trials, in association with GlaxoSmithKline, by collecting data about activity levels and response to drugs used to treat stroke patients. Rather than periodically assessing patients, real-time monitoring can deliver measurable and accurate feedback that is relevant to the study.

The use of accelerometers to monitor movement in drug trial patients spawned the idea that the same approach could be used as an assessment and learning tool for healthcare professionals. In a pioneering collaboration with the University of Oxford, surgical simulation and outcome monitoring is being used to improve efficiency and ultimately the quality of the procedure. The notion here is that, in performing a given procedure, some surgeons quite simply do a better job, which is usually accompanied by an economy of input. Paucity of movement apparently spells optimal outcomes, so measuring movements and selecting for minimalism, should turn into better outcomes for patients, goes the theory.

What you’ve read thus far is the whistle-stop highlights package, but in case you’re thinking this is small beer for McLaren, a shot in the dark or a side-project, you’d be wrong. While the company says it “flexes” its clever people in and out of divisions, there’s a sizeable headcount of hundreds of people working on a variety of projects including healthcare (but also transport, finance as well as motorsports). It’s all rather remarkable and a sure sign that the company has plenty of traction and is fully committed to the business of using racing car technology in a healthcare setting.

So what brings McLaren into our field of view right now? Well, like all F1 watchers, we too noted the McLaren cars at the US and Mexico Grands Prix, sporting “Innovation is Great”branding , a UK Government partnership with McLaren which is intended to highlight the UK’s innovative culture. As part of the programme, an expert panel assembled at Dell Medical School Health Learning Building just before the Austin Grand Prix, the title of the event being “How Innovation in Formula One™ is Transforming Health”

Speakers at the event included representatives from the Association of British Healthcare Industries (ABHI), UK Department for International Trade and of course McLaren Applied Technologies in the form of Chief Medical Officer, Adam Hill, MD.

We caught up with Adam and asked him about the premise for the Austin forum. He told us; “There’s no doubting the part technology will play in tomorrow’s healthcare provision, which is why meetings like this are so important as we get to compare notes in the public domain and endeavour to agree where we’re going. It’s clear to me that we can use data more effectively to provoke and manage behavioural change for the better, at a level that is truly personalised.

Asked about how the event had gone Adam told us; “There was recognition among delegates, to my delight, of the role of context in the application of innovative solutions, the point being to adhere to the principle that solutions must address problems rather than finding applications because we can. It’s an exciting time in which we can drive the evolution of healthcare provision, extrapolating what we have already achieved into a genuine revolution in the way we do things. From my vantage point at McLaren, we’re demonstrating every day that what we learn in Formula One really does translate into a healthcare setting, which is extremely rewarding.” 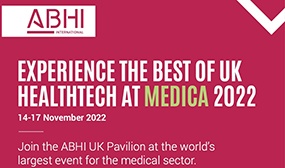